During the installation of offshore windfarms, subsea trenchers are used to bury cables into the seabed. Our client Jan De Nul Group has a fleet of subsea trenchers for various water depths. One of their trenchers, the Moonfish, has been recently upgraded, in view of TenneT’s offshore projects Hollandse Kust (noord) and (west Alpha). Here, Jan De Nul Group will install 210 km of submarine power cables.

Jan De Nul has contacted Eager.one for the design, construction, certification, and delivery of a Subsea Lifting Assembly for the Moonfish. The lifting assembly will be used to launch the subsea trencher on the seabed. And subsequently, for the recovery of the trencher when the work on the seabed has been finalized.

During the project, the engineering teams of Jan De Nul and Eager.one have worked closely together. Based on the concept design, delivered by Jan De Nul, the Eager.one team executed extensive detail engineering for modifications and upgrades. This was necessary to comply with the requirements of the project and DNV codes. 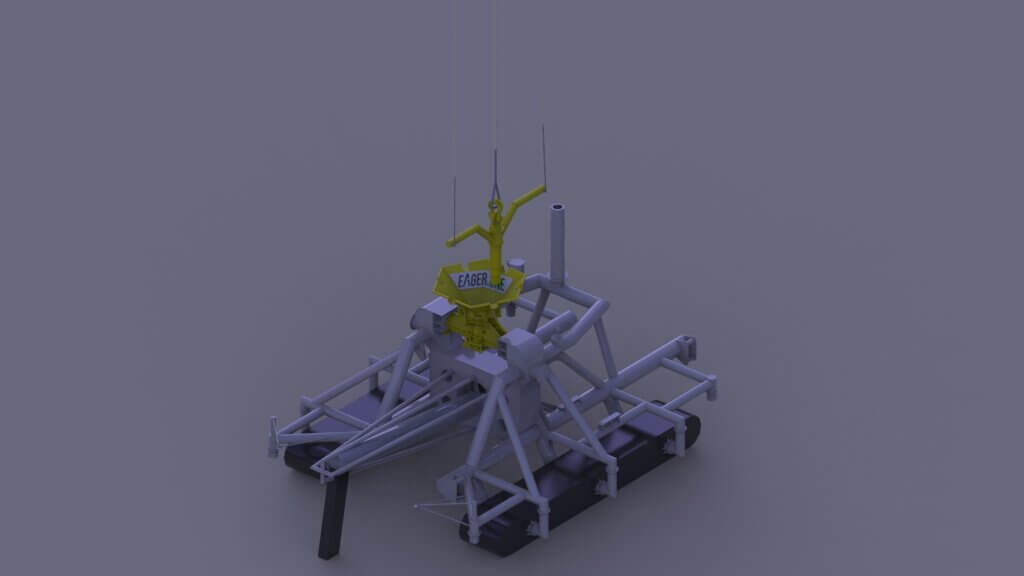 The project included delivery with DNV certification. Therefore, the new lifting assembly for the subsea trencher has been completely designed according to DNV codes. Next to that, for full certification, the equipment was fabricated under DNV survey. Finally, the load test with 567 t load was witnessed by DNV. 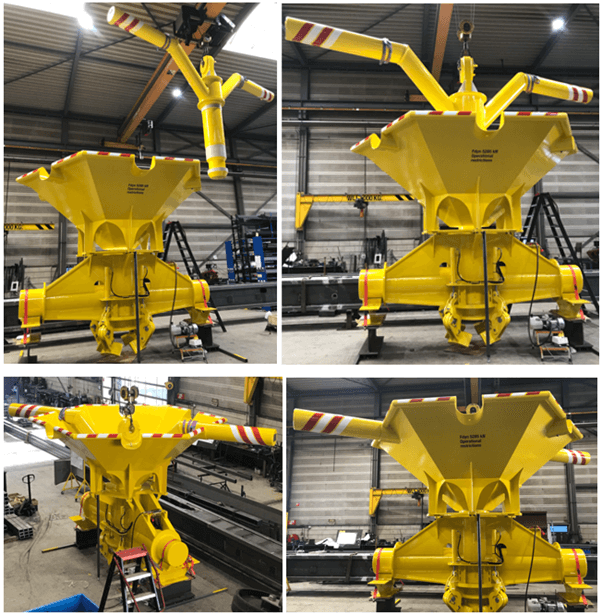 To make this possible, TenneT is building platforms in the sea, laying cables and building a transformer station. The construction of the Grid at Sea and the wind farms is being carried out on behalf of the Ministry of Economic Affairs and Climate of the Netherlands.

A crane system offers the possibility for single blade exchange