As the author of articles in “Heavy Lift & Project Forwarding International” magazine Eager.one takes a closer look at the importance of elasticities with respect to transport stability. André van der Steen, our lead structural engineer at Eager.one, explains how this can help guarantee a safe transport. 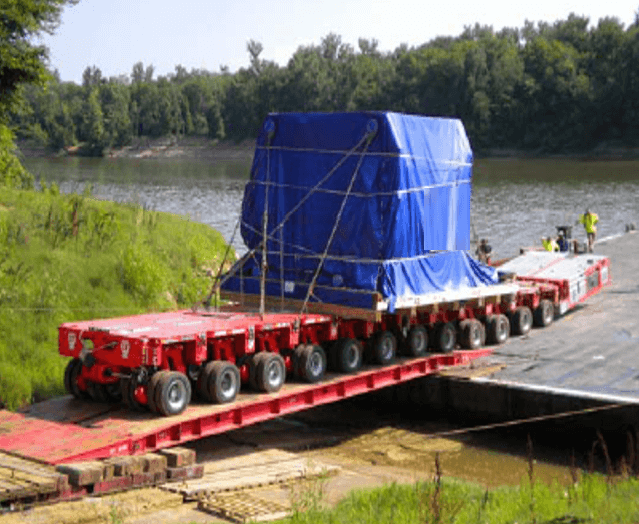 As an example, Figure 1 shows a situation where the tipping angle is not exceeded by the ultimate loads plus the maximum uncompensated camber, also known as operational window. Whether the tipping angle is exceeded when taking elasticity into account can only be assessed when elastic deformation is actually calculated. 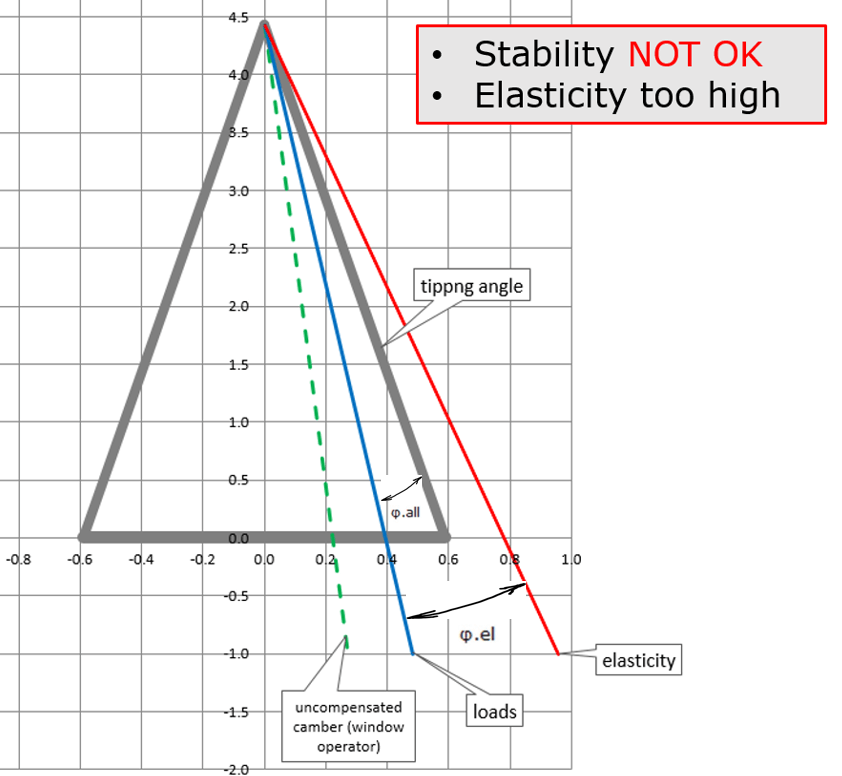 Figure 1: . The elastic rotation (red) relative to the tipping angle (grey); the actual safety is not quantified by common practise rules.

Therefore, the actual safety aspect of the tipping angle is not sufficiently acknowledged when using common practice rules. This point is also related to the rotational stiffness of trailer transports. Previous articles from Eager.one explained that stiffness of a trailer transport is k-m.g.H. (as indicated in figure 2). 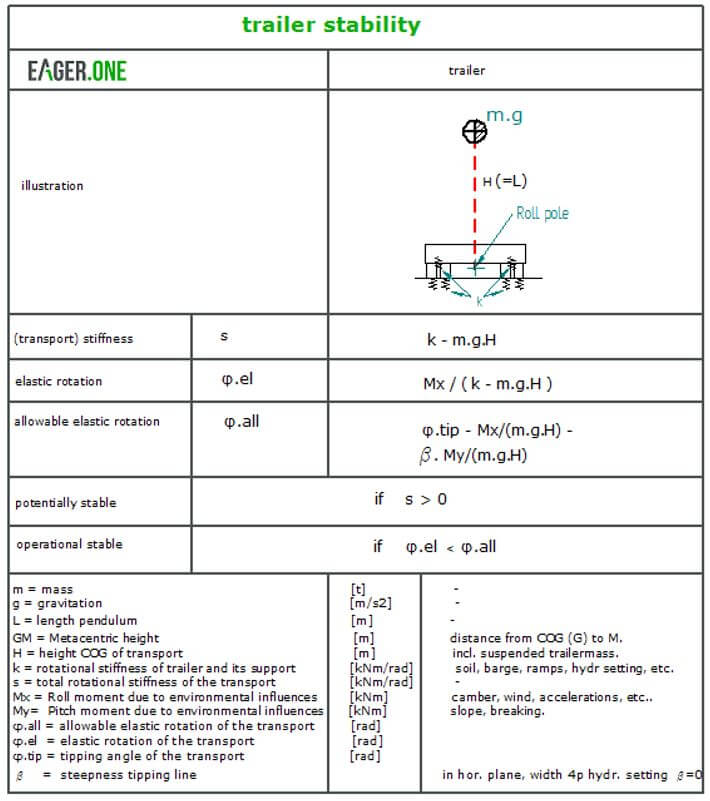 Figure 2: Stability of trailer transports, elasticites are the common factor

For a more comprehensive and uniform assessment of the stiffness of a trailer transport, Eager.one developed the Available Stiffness Ratio (AST), which correlates the transport stiffness relative to the pendulum stiffness (denoted as m.g.H). The AST can be calculated using the following equation:

This ratio is vital in understanding whether or not a trailer is stable. Generally speaking, in order to generate a positive stiffness and be ‘potentially’ stable, the AST ratio must be positive; if the AST is negative, then so is the stiffness, meaning the trailer is unstable. For more robust safety calculations, a minimum value for the AST ratio can be determined. This will in turn assist safe transport operations.

Taking all of that into account leads to the following equation (see figure 2):

Eager.one has tested this rule and upon comparing the outcome with dedicated simulations, the results are accurate. Therefore Eager.one is confident that this is a very reliable rule for the future trailer stability calculations. It will enable unstable trailer transports to be recognised.

For a more comprehensive and uniform assessment of the stiffness of a trailer transport, Eager.one developed the Available Stiffness Ratio (AST).

To put this rule into perspective, the equation will be illustrated with a real-world example. We will look once again at an accident where an SPMT combination tipped during a ro-ro operation when crossing ramps connecting a barge to the quay.

The load was being moved on 14 axle single-line SPMTs in a 10,9,9 configuration – in a triangular hydraulic layout. It had a total load of 378 tonnes, including power pack units, and a centre of gravity of 2.1 m above deck (3.1 m above pivots). The steepness tipping line (ß) was 7.3 percent (in horizontal plane).

Other details about the move included:

Prior to the calculations, values for the environmental influences and the operational window must be set:

Taking those details into account, the sideward and forward ratios can be determined, according to the formulas laid out above:

With the figures in place, the stability can be calculated for four situations using the equation:

The situations A and B describe the route of the fatal accident, while situations C and D describe a four-point (4p) hydraulic set up as an alternative.

B.   Ro-ro to barge operation in a 3p hydraulic layout with a tipping angle of 8.6 degrees (15 percent):

Eager.one is confident that this is a very reliable rule for future stability calculations. It will enable unstable trailer transports to be recognised.

C.   Solid ground in a 4p hydraulic layout, with a tipping angle of 4 degrees (23 percent):

As this (5<16) is true, the calculation deems this move is very safe.

In both 4p scenarios, C and D, the safety calculations deemed the move stable.

Following this AST rule would have resulted in both 3p hydraulic layouts not being executed. Further still, since the AST ratio in situation B – the actual accident conditions – was below 1 (-0.04), this method of assessing trailer stability would have deemed this operation fundamentally unstable. When looking at these calculations, it shows that an accident was inevitable when executing the move in those conditions.

However this AST rule works, there is one drawback; although pendulum stiffness (m.g.H) can easily be calculated by most operators, the determination of the base stiffness (k) is more difficult. Two solutions can solve this:

Eager.one plans to come up with a proposition in a future article.

The content of this article is intended to provide a general guide to the subject matter. Specialist advice should be sought about your specific circumstances.

This article is the final article in a series of 3. Here you can find the links to article 1 and 2:

Next to these articles, we have also organised a webinar about this subject. The recording of this webinar is still available to watch. Click here for more information.

Over the years we have been working on many different design & construct projects. This has resulted in a variety of lifting and rigging tools and equipment, like Transition Piece lifting tools, tailing and upending frames, Monopile grippers, lifting beams, spreader bars and Anode Cage lifting tools. These tools are often intensively used by our...

Eager.one has successfully completed the design and construction of 2 new transition piece (TP) lifting tools for the Jumbo... read more

By using this website you agree we can use cookies to improve your visitor experience. More info.