What do barges and SPMTs have in common? More than you think. Stability is essential for safety in lift operations as well as in SPMT operations. How do you determine stability? In both cases, adding up elasticities is essential. 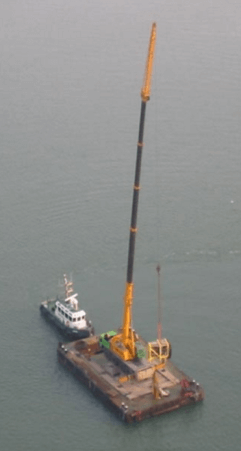 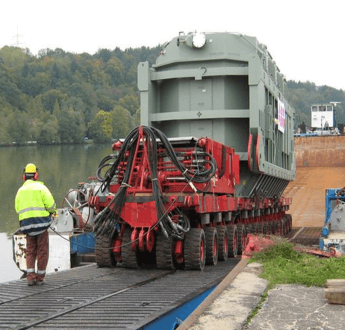 The operations in the pictures don’t have much in common at first sight. But the opposite is true. In both types of operations, safe execution depends in part on stability. Specifics like mass and center of gravity are crucial when determining safety in lift operations and SPMT operations. The examples shown in these pictures are illustrative and depict safe situations.

Rules of thumb for stability

Stability is a complicated subject. In cases where stability is not the greatest issue, you may decide on stability by one of these two simple rules of thumb.

In operations in which stability is a critical issue, these simple rules do not suffice. To determine stability in these cases, it is necessary to quantify all elasticities that play a role.

Quantification of elasticity in lift and SPMT operations

From elasticity to stability to safe operations

You have quantified all elasticities and all external influences (wind, moments, and other forces) are known. Now you can calculate all movements and rotations of the operation. These movements can easily be judged as acceptable or not. This establishes a clear basis for operations in which stability is critical.

Checklist: How to prevent a crane accident?